In these challenging times, we are excited to bring you a new dining experience at home with our new pickup and delivery concept: Daniel Boulud Kitchen. Order from a weekly-changing menu of contemporary French classics prepared in the acclaimed DANIEL kitchen under the strictest of CDC guidelines, ensuring safety of every order that goes out. A portion of all sales will go directly to benefit our staff and foundation, Hand in Hand. To view menus and place orders, please visit danielbouludkitchen.com. 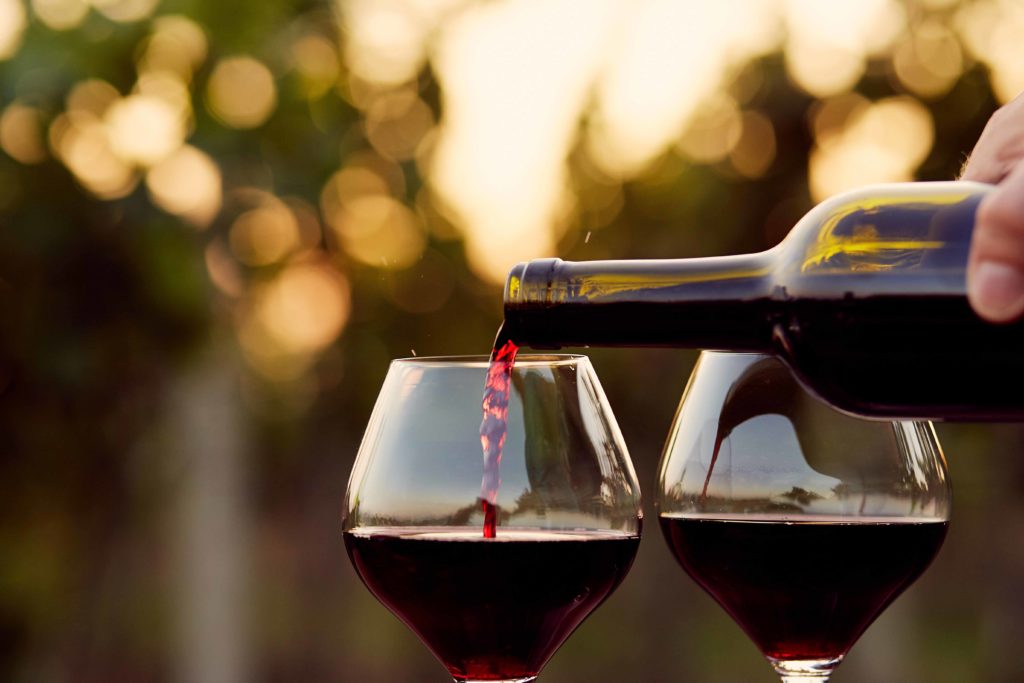 This week, as the temperatures in New York steadily begins to climb (and the humidity thickens), I thought it was a good time to explore the importance of temperature to Red wine. Generally speaking, it’s always best to start a wine at cellar temp, and allow it to open up as it slowly warms: the bouquet flourishes, the texture and palate broaden and oxygen’s involvement in evolution is evident. However, in the case of certain styles of wine, it can be most pleasant to drink them with a proper chill—white wine-level temperature. Typically, the most pleasurable of these wines are lighter in body and higher in acidity, qualities that are focused on the palate by the colder temperature. Now that we’ve arrived in mid-June, I figured a refreshing quaff was the name of the game.

Our week is bookended by two wines from Arianna Occhipinti, a fabulous winemaker from Sicily who makes delicious mineral wines unlike anything else in her area. Her journey began in the vineyards on the side of an ancient wine route, now known as the County Road 68. When asked in 2014 by Jules Dressner why her wines were so unlike the others coming out of Sicily, she pointed to the biodiversity that marks all of her dealings with her land: “Not irrigating, harvesting late and not using fertilizers are the secrets to making more elegant wines in the area. The freshness and minerality in my wines come from the subsoils. Any wine made from young vines or chemically grown vines feeding only off of the top soil will have the cooked, hot characteristics people associate with wine from warm regions.” Her tender care of the land and honored treatment of its fruits is evident in the purity and quality of her final bottlings. We’ll start the week on Monday with her 2014 Frappato and finish on Sunday with her 2016 ‘SP68’ Rosso—a blend of Frappato and Nero d’Avola that has depth and texture even as it is bright and bold. Like two sides of a telescope, these wines capture the microscopic sense of place and the macroscopic history of the land simultaneously. Both are perfect summer reds, and fantastic with a little chill on them.

For the rest of the week, we wind our way through eastern France: Burgundy to Beaujolais to Arbois to the Rhône Valley. On Tuesday, we start up in the north, in the village of Irancy, with Athénaïs de Beru’s 2013 ‘Chérelle’ Pinot Noir. Grown on limestone-rich soils, this is a very Burgundian wine that also expresses the juicy beauty and clean terroir that organic and biodynamic farming can provide—elegant, crushable Pinot.

Then, we head southward to another organic and biodynamic Domaine–that of Céline and Laurent Tripoz. Their young-vine Bourgogne “Chant de la Tour” is vinified from a single vineyard (planted in 2001 that has never seen synthetic products) in stainless steel then aged less than a year in barrel. It is focused, driven, honest and a beautiful example of how pleasing wine can be with minimal intervention. Very Burgundian and very delicious when a bit colder.

Afterwards, we feature two wines from great Burgundy producers made outside of the Côte d’Or: Fred Lafarge’s foray into Fleurie and Marquis d’Angerville’s jump into the Jura. Domaine Lafarge Vial’s 2016 Fleurie ‘La Joie du Palais’ comes from steep-slope old vines and are classically Lafarge in winemaking, even as they express Beaujolais insensibility. Guillaume d’Angerville’s Domaine du Pelican is making lovely examples of the Arbois style, and his 2016 Poulsard is in a delicious moment in its life.

Finally on Friday, we move to Hervé Souhaut in the Rhône, where we will taste his ‘La Souteronne’—a Cuvee made from 100% Gamay. Not de-stemmed, the wine is macerated for a long time then fermented in wood tanks and aged on the lees in old oak. At its core is the Beaujolais sense of Gamay, but in practice it truly is the Northern Rhône at work—there is savor and dark fruit here. Its hybridized sense is made crystalline with a little temperature control—a perfect Friday evening wine to brood over.